Jenna's show career got off to a stellar start! She won her first point at her very first show, then won a 5 point major at her next one! A month later, she won her second 5 point major --all before she was out of the puppy class.

Then things stalled. She chalked up a lot of reserves, then decided she no longer liked to show. Then she blew coat! It was all very frustrating, to say the least.

We patiently waited for a change in attitude and for her coat to come back! Then one day, as if she suddenly came to her senses, she showed like a dream and won her last point. Ta-Da! Champion Jenna!

Here are some photos of the little minx! 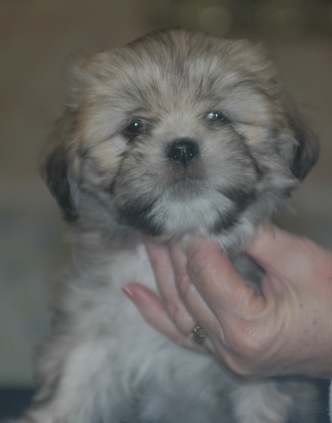 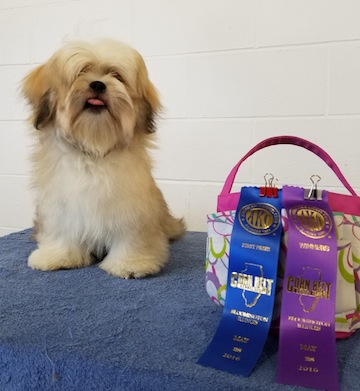 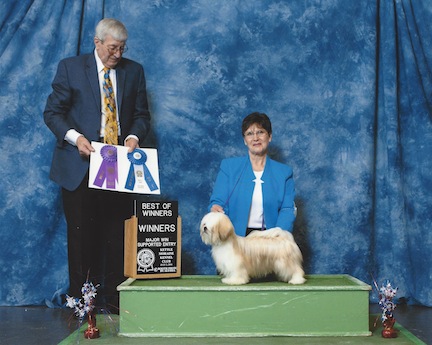 Jenna winning a 5 point major from the Puppy Class, taking Winners Bitch and Best of Winners!! 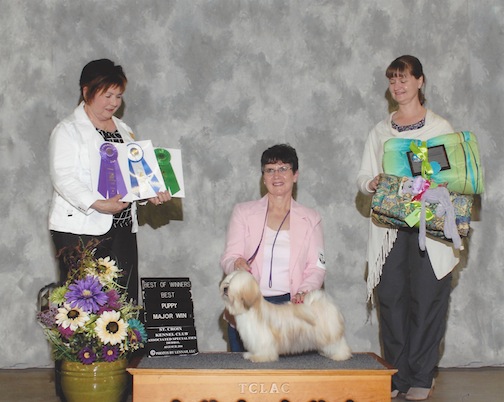 The photo taken the day Jenna earned her championship! Hurray! 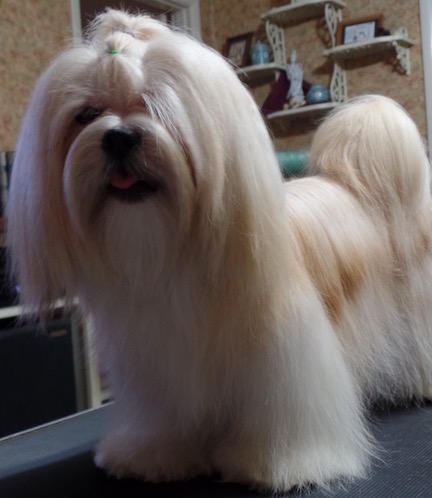 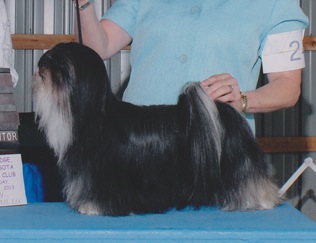