Rafe at 1 week old (left) and 4 weeks old (right). Who would know this tiny red puppy would have such a show career? 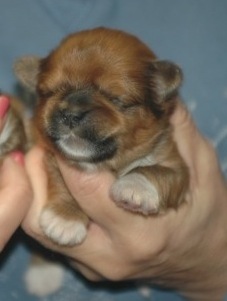 Rafe at ages 4 months (left) and 7 months (right)
Look at how much his coat has grown!

Rafe began his show career at the Sunday and Monday shows in Bloomington, IL, over the Memorial Day weekend when he was just 6 months old. He took Reserve Winners Dog on Sunday, a good indication of things to come! When he was just a few days over 7 months old, I took him to his second show on the Saturday of shows in West Bend, WI. He took Winners Dog and Best of Winners (a 3 point major) (left)! That evening he won two more points at the Greater Milwaukee Lhasa Apso Club Specialty (right) 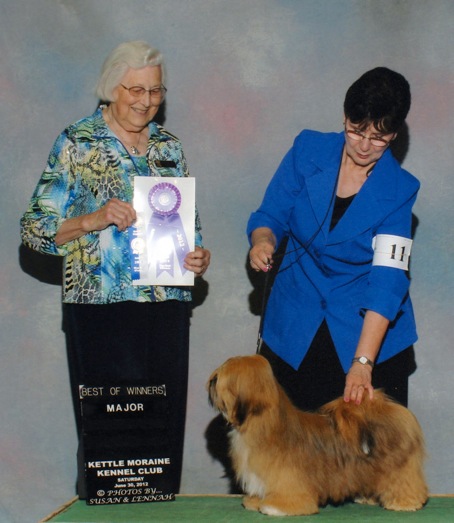 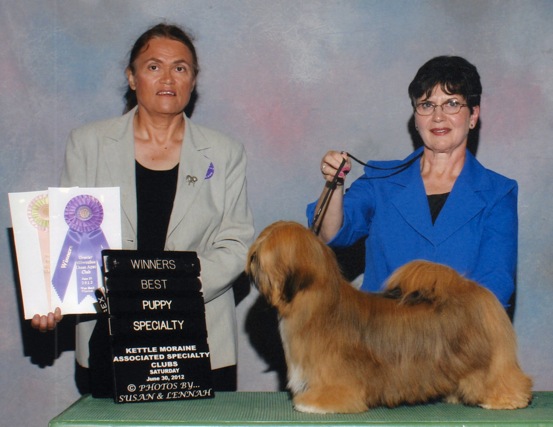 The day he was 8 months old, he again took Winner Dogs and Best of Winners for another 3 point major at the Greater Milwaukee Lhasa Apso Club's specialty in Waukesha, WI. (left). The following weekend, he won a single point at a show in Burlington, IA, taking Best of Winners. The next weekend, he took Winners Dog, Best of Winners, and Best Opposite Sex over a male champion for his third major in Albert Lea, MN. (right) 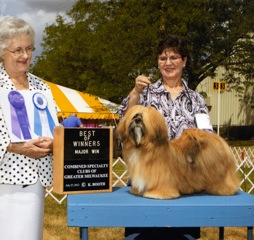 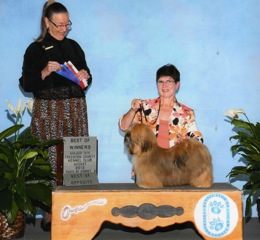 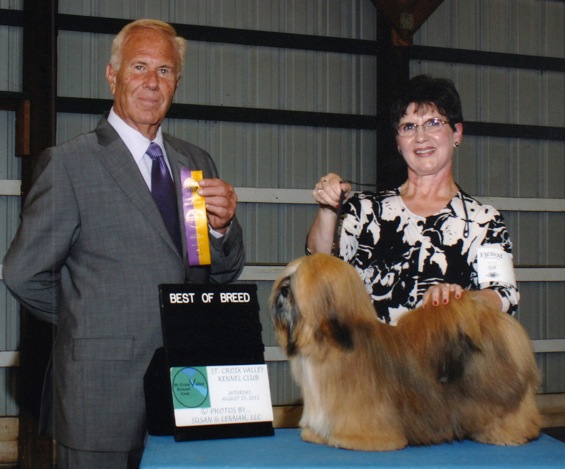 Rafe finished his championship in style, again taking Winners Dog and Best of Winners, this time on August 23, 2012, at the Twin Cities Lhasa Apso Club specialty in Lake Elmo, MN. I moved him up to Best of Breed Competition for the next three days. He won the Breed on Saturday, over 5 adult champions, and on Sunday took Select Dog over those same adults -- all before he was 9 months old! We are so proud of this boy!

We continued showing Rafe. At age 10 months he was awarded an Award of Merit at the American Lhasa Apso Club's Regional Specialty in October 2012. With limited showing between October and February, he went on to earn his Grand Championship at the age of 16 months. 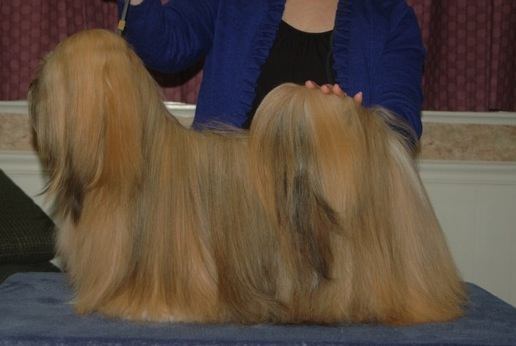 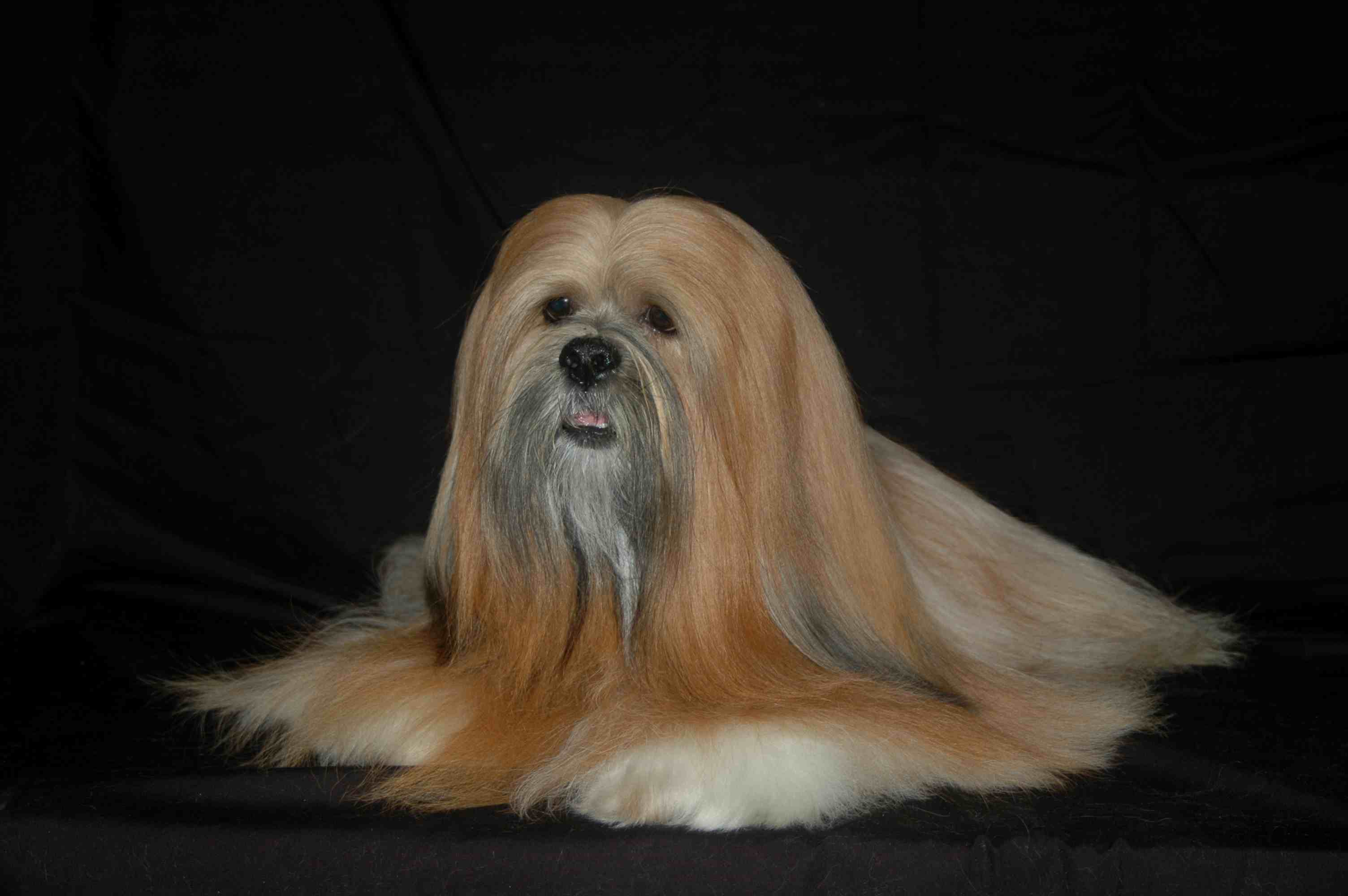