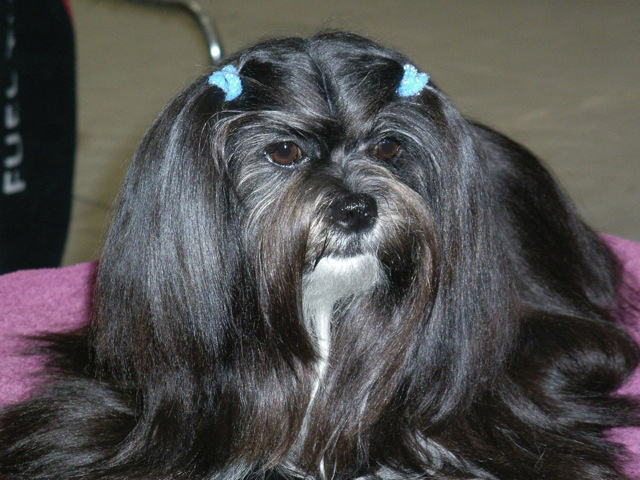 Ch. Joyslyn's Midnight Enchantment, also known as "Raven," achieved success quite early, making her show career not only brief (8 shows), but also very exciting for us. Raven began by taking a Non-sporting Puppy Group at a match show, the first time she'd ever been in a show ring, at age 7 months. She was not shown again until the end of the following month and she won a point both days that weekend. The following weekend, she was awarded a 5 point major from the puppy class at the Greater Milwaukee Lhasa Apso Club specialty show. Three weeks later she took a 4 point major and Best of Winners at the Saturday show in Waukesha, WI. The following day, she took Reserve to the major. A month later, she took Reserve to a 4 point major and then took Winners Bitch the next day at the Twin Cities Lhasa Apso Club's specialty show. She was not shown for a month, but at her next show, she won 2 points and finished her Championship by winning Best of Breed over a group-winning specials bitch! Finally, she was the youngest champion in the ring at the 2011 American Lhasa Apso Club's National Specialty week. She was Awarded Select Bitch at the American Lhasa Apso Club's Midwest Regional Specialty held that week. She turned a year old the following week!

Other photos of this lovely black Lhasa Apso: 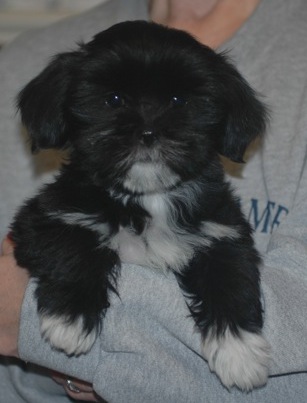 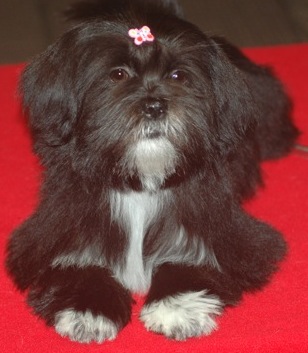 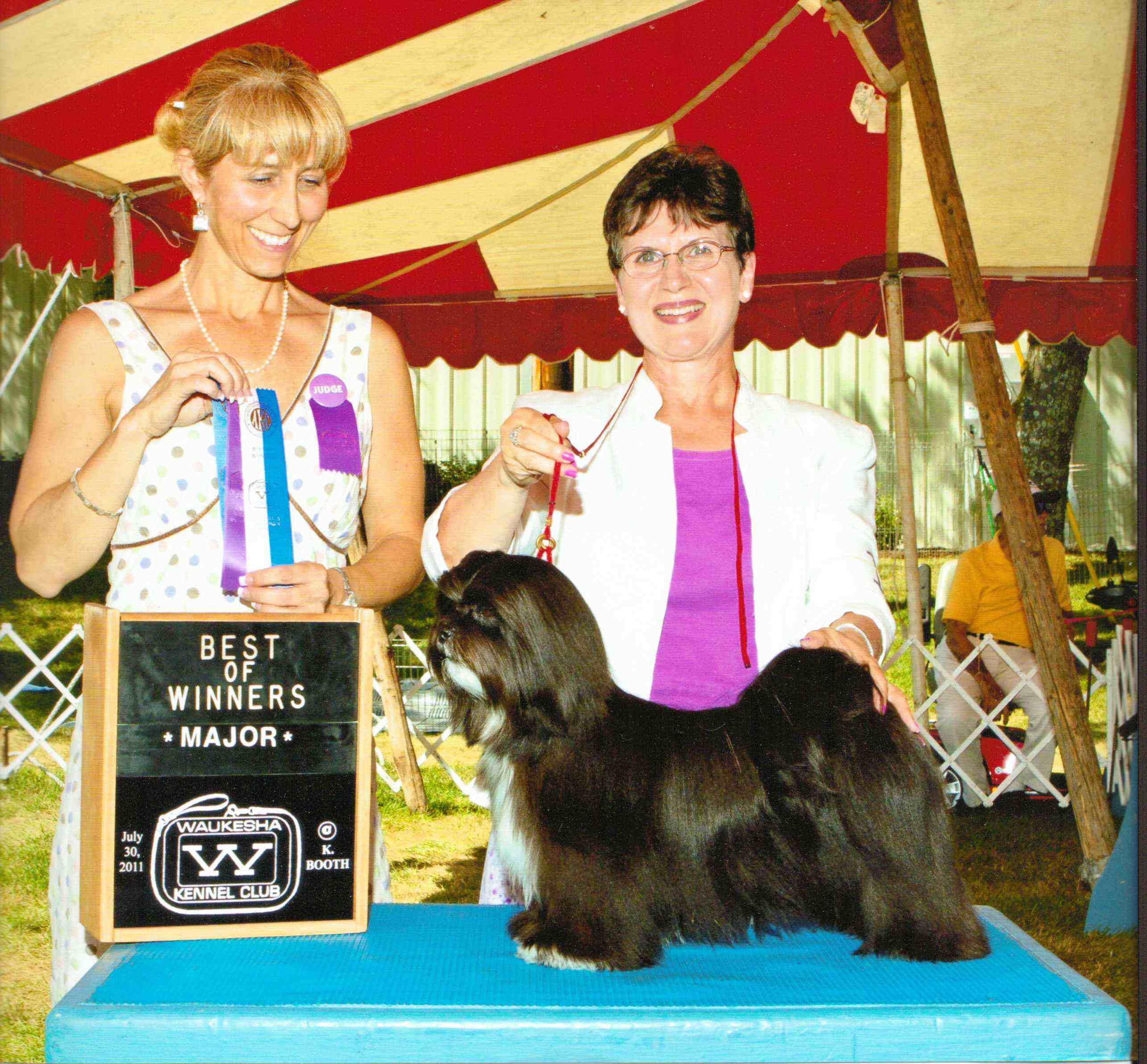 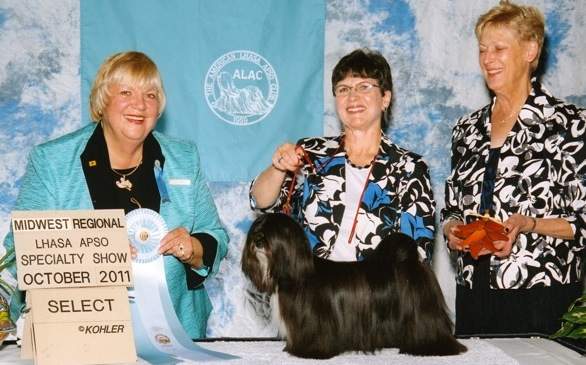 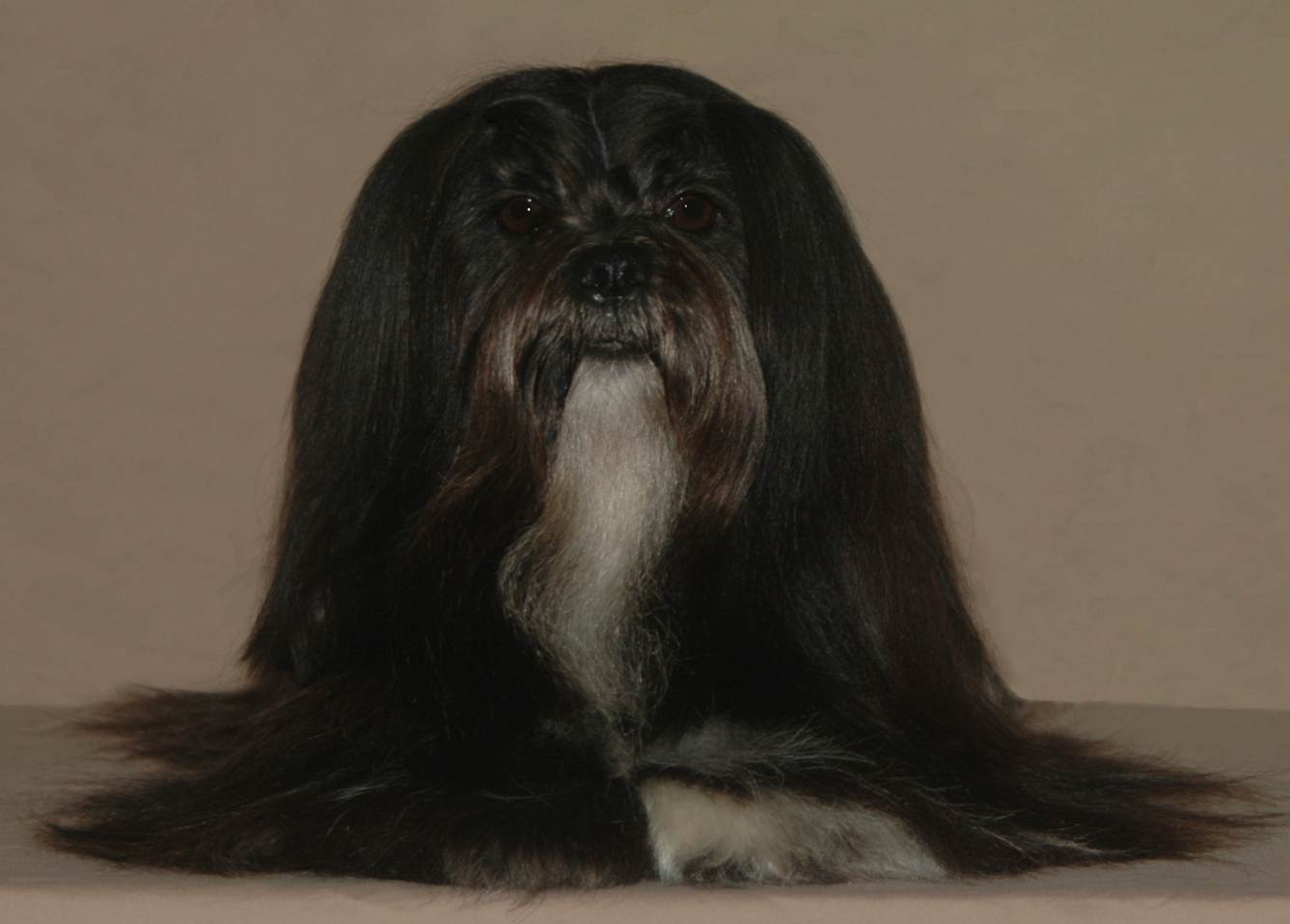 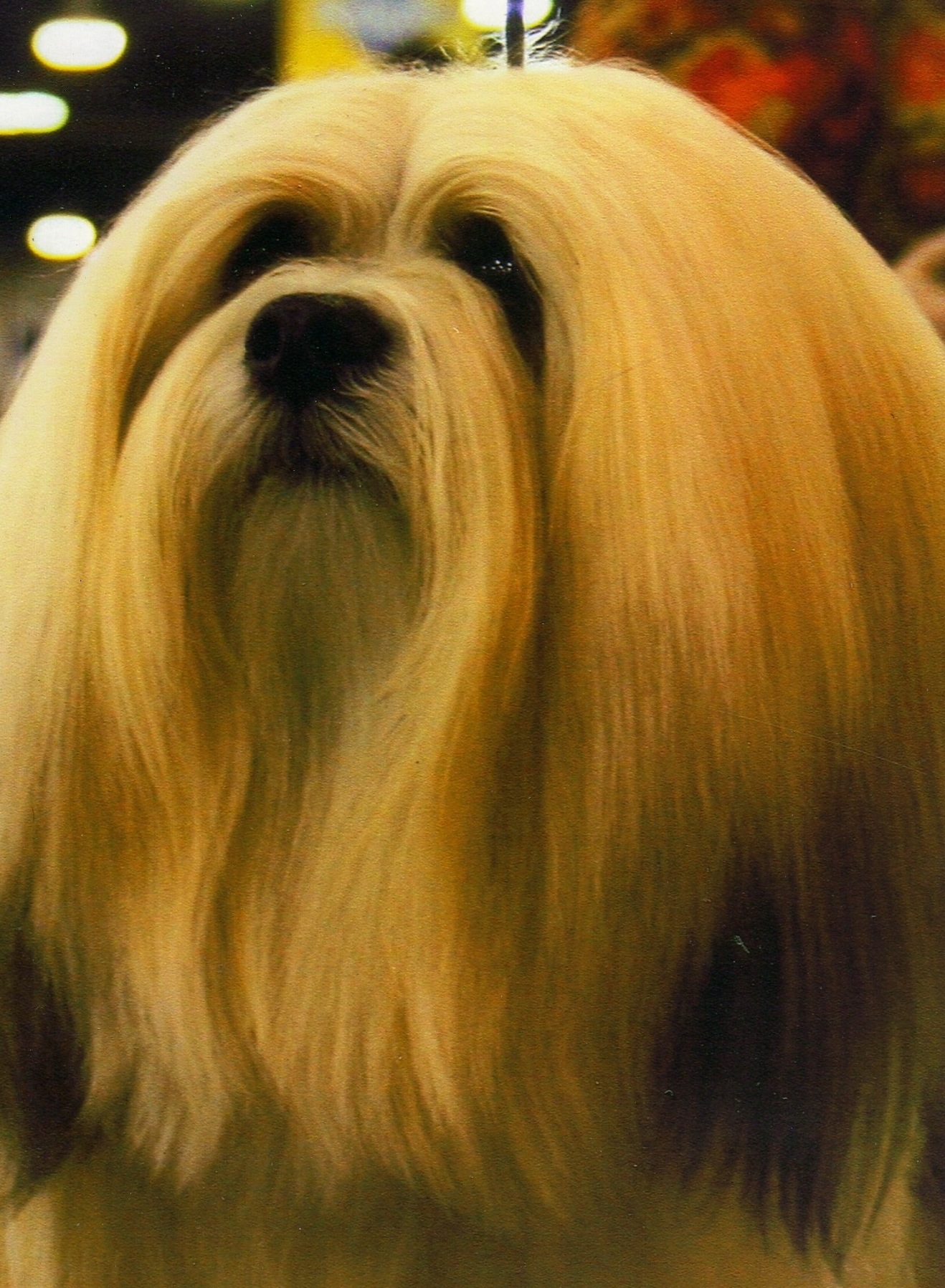 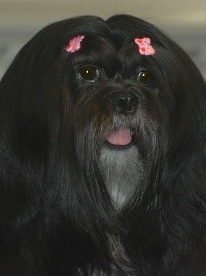